What is kratom and what are its effects?

Kratom is a specie of a tall tree growing predominantly in southeast Asia. You can see it in Indonesia, Thailand, Malaysia but it also exists in Africa. The latin name of kratom is Mitragyna speciosa, for sure you've already heard that name during your internet research. Next to its yellow blossom, the tree has large green leafs. The leafs are rich on alkaloids and when consumed they have a similar effect as opium. Kratom however is not an opium plant. Kratom leafs were chewed by farmers which helped them during physical labour. Today, the leafs are mostly dried and crushed into a fine powder. You can also buy whole leafs, stems or liquid extract. Kratom is usually mixed with cold or hot water and used as a beverage.

Kratom effects are described from mildly euphoric, energizing, relaxing to sedative. The effects differ from the vein or the color of its leafs (red, white, green, gold or yellow). Kratom is legal in the Czech Republic and many other EU countries. We're shipping to Germany, Spain, Portugal, Croatia, Greece. Let us know if your country is not on the list.

We are offering high quality and 100% natural Kratom in powder or stems. Our Kratom is imported from Indonesia in bulk which allows us to offer very low prices.We have a pickup point in Prague (Vinohrady). Our Kratom is one of the cheapest in Czechia and costs from 99.96 EUR per kg. 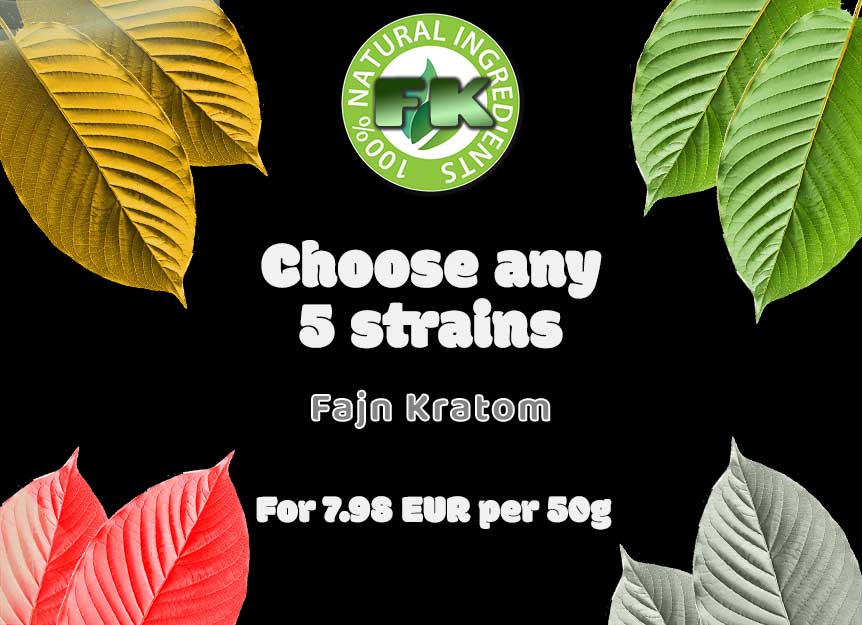